Only when Lennon Flowers could not lift her own broken body out of bed did she begin to feel the tidal wave of grief.

She had been going full speed at life for more than four years, becoming skilled at placing its disparate realities into their own tidy boxes: her packed Carolina schedule double majoring in international studies and political science in one; and in the other, her mother’s lengthy battle with lung cancer, with its treatments and questions and that word — terminal. The key to surviving it all was never to slow down, never to mix the boxes. Keep going, just keep going.

But life is anything but tidy. 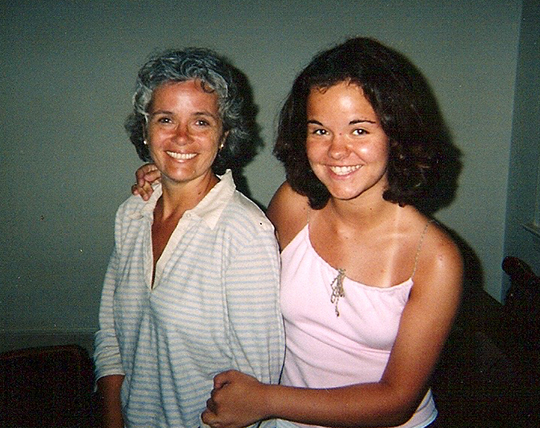 In October 2007, eight months after her mother died — and on the eve of Flowers’ first day at her first job — she went for a run and was struck by a car. The neatly packed boxes toppled, spilling and mixing emotions. As she stared down at her two fractured legs and ahead at a nearly yearlong recovery, Flowers realized that even though the memorials for her mother were long over, the well-wishers long gone, she was still as broken emotionally as she was physically.

“That,” Flowers said with a deep exhale, “led to a couple of really tough years.”

They were years when she couldn’t fully reveal herself to friends, when talking about her mom’s death felt taboo, a thing too heavy to unload onto others her age.

The alchemy of a home-cooked meal

But one evening in 2010, a new co-worker confided in Flowers about her father’s recent death. They talked into the wee hours. In the following weeks, they invited peers with similar histories of loss to talk over a home-cooked meal. The alchemy present was both healing and revealing: The answer was not to tidy the boxes again. The answer was to find space for “the broken bits of who we are.”

Since then, Flowers has helped hundreds of 20- and 30-somethings in 80 cities across the U.S. and globally to change the conversation about loss by simply having the conversation about loss — no coaching, no advice-giving, no fixing. Her 5-year-old nonprofit, The Dinner Party, brings together young people for potluck meals, moving stories and welcome laughter about the parents, siblings and friends they still grieve and honor.

Some participants are six months removed from loss; some are two decades out. The Dinner Party’s 200-plus tables of six to eight people meet every other month, sometimes more frequently. Over time, Flowers said, the conversations organically shift from the details of how a loved one was lost to how the person left behind is finding meaning from grief — “living their best life not despite of it all, but because of it all.”

“We have this assumption culturally about loss that, at a certain point, things will reset to normal,” she said. “The idea that, ‘Gosh, shouldn’t we be over it by now? Isn’t it time to move on with your life?’ And maybe in every way it matters, you do. But grief changes over time, and our relationship to it changes also. Moving forward means recognizing that those parts of you that feel loss don’t go away. They evolve.”

As it has grown, The Dinner Party has become more than a salve for the heart. It’s become a repudiation of assigning one-size-fits-all timelines for grief, defining normal behavior by a set of clinical stages. Dealing with loss does not follow “the plot of a bad Hallmark Channel movie,” Flowers said.

“I certainly push back on any impulse that defines grief that way,” she said, adding that second-guessing emotions around grief is a problem to which all Dinner Party guests relate. “It becomes another thing that you’re not doing right.”

The volunteer Dinner Party hosts, many of whom began as guests themselves, take care to create a setting as warm as any family meal. But they also leave small things undone — tasks that guests can help with — and a sense of imperfection that mirrors the soul of the evening. The most basic lesson that The Dinner Party and its more than 250 hosts have taught her, Flowers said, is that grief is not a problem that can be fixed — but loneliness and isolation are.

“In a lot of ways, we’ve outsourced the role of being human to experts,” she said. “That’s not to dismiss the importance of people with letters behind their names, because understanding yourself is hard work that you sometimes need help with. But things that are not fixable can be held by others, and communities have gathered together and shared together as long as there have been communities. We’ve been talking to our hairdressers as long as there have been hairdressers.”

In some ways, The Dinner Party is uniquely millennial, reflecting a generational retreat from institutions in favor of what Flowers deems “real talk.” But its reliance on storytelling and tradition is universal and timeless, inspiring tables of 40- and 50-somethings’ Dinner Parties to crop up as well.

Flowers’ work speaks to an age-old hunger for human connection that’s as essential as family itself — a legacy, she said, that’s worth pulling up a seat to the table.

“My mom had a high standard for meaning and purpose,” Flowers said. “That’s what she wanted for me. The Dinner Party has helped me process my grief, but it has also become an incredible gift to have more meaning and purpose packed into a day than a lot of people have the opportunity to experience in a lifetime. It’s the means through which I can honor her.”